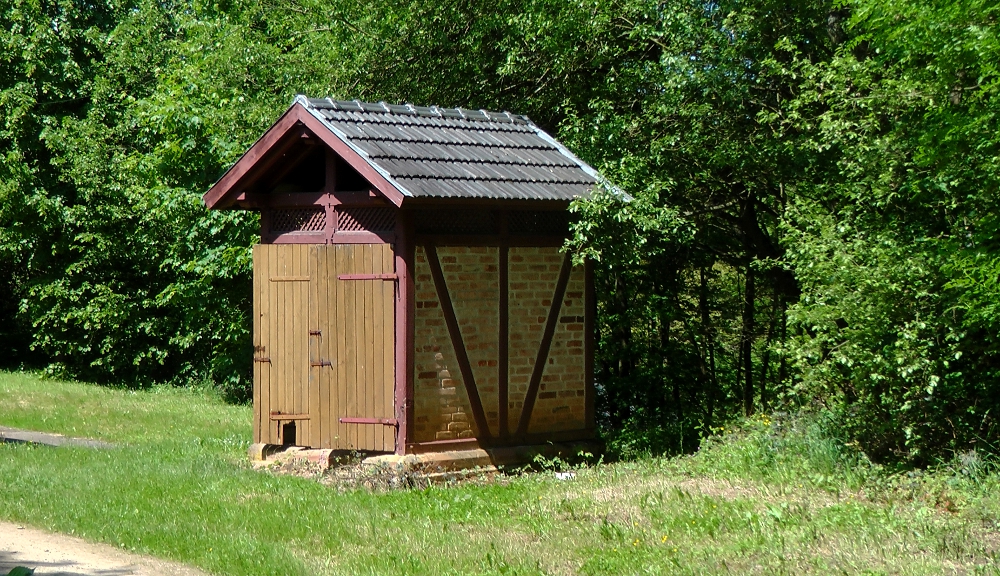 Next to the Kollig farm there is a very different type of little building, which was discovered by museum staff when clearing out the old school in Portz, southwest of Saarburg.


It is a small tiled half-timbered building which was originally designed in the last century as a school toilet.This small structure probably only survived the change in sanitary standards because the school caretaker was using it as a chicken coop instead. It was easy to dismantle, being a half-timbered building and was also simple to restore to the original state, separate for the teacher, girls and boys. 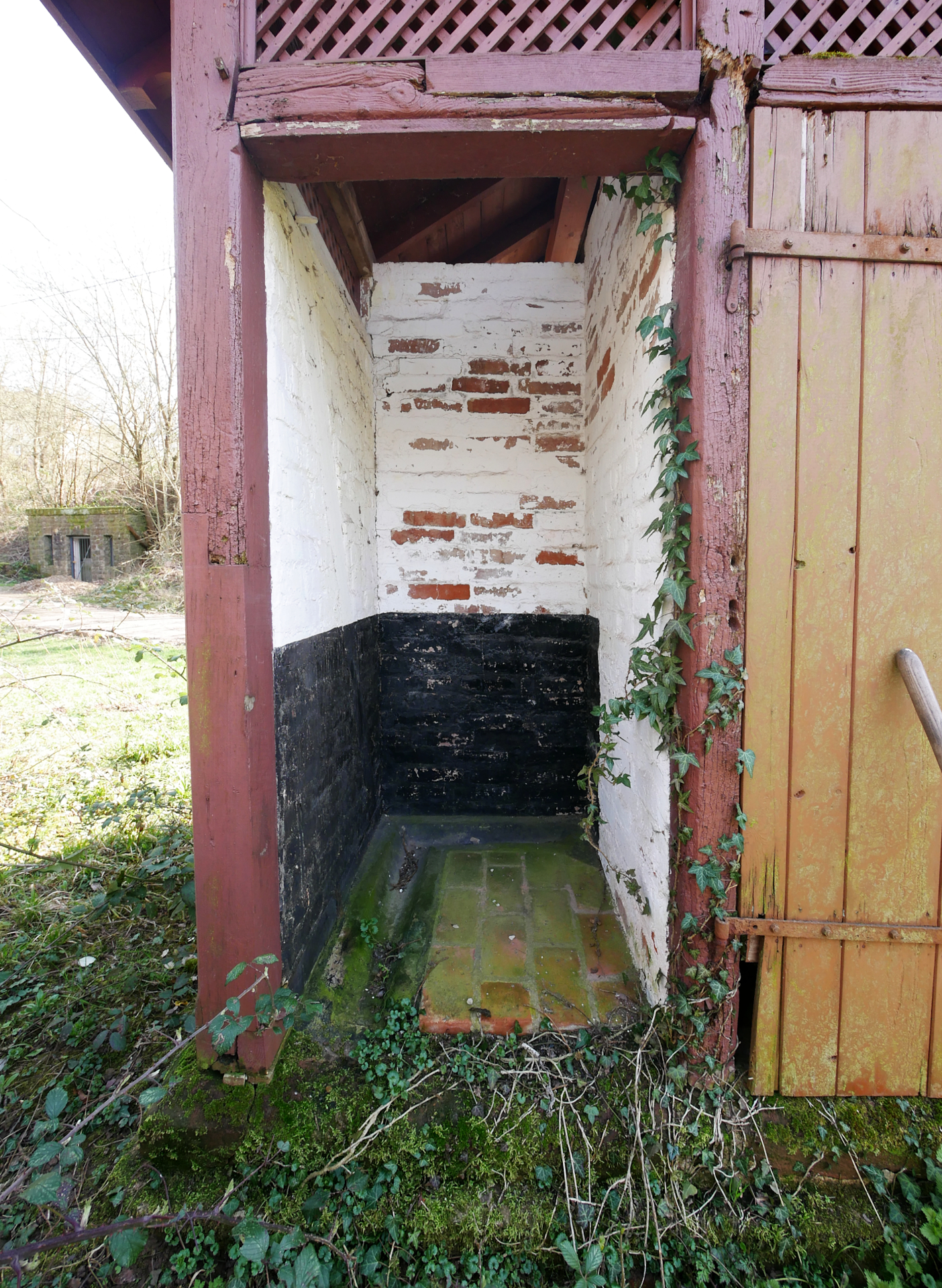 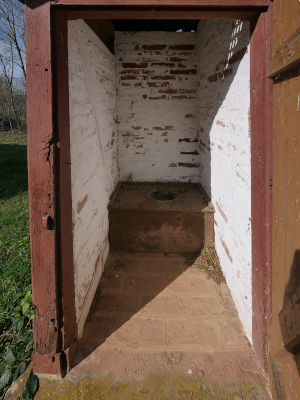