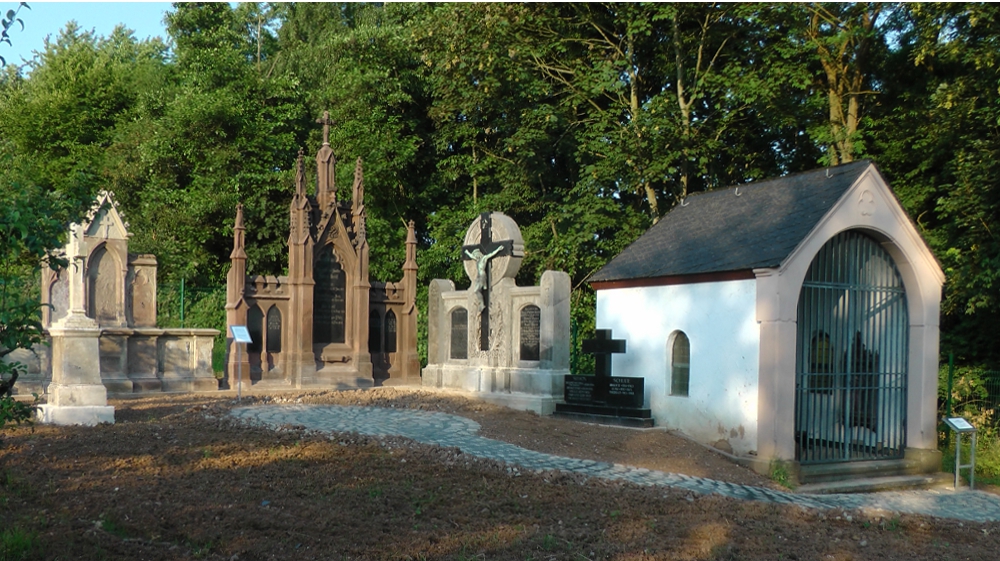 The "Good Shepherd" chapel is somewhat hidden off the main path at the entrance to the hamlet of the Hunsrück village. This is a small plastered building surrounded by trees enclosed on three sides.

It was to be demolished to make way for a new building and was saved from bulldozers at the last minute. The facade shows a bevelled sandstone arch and the rosette in the gable is made of the same material.

The ceiling is barrel vaulted. The building dates from around 1820 and was dismantled from the garden of the "Sisters of the Good Shepherd" near the Paulinkirche in Trier. In 1984 the chapel was reassembled at the museum as a travellers' chapel and dedicated to St. Nicholas, the patron saint of the old parish church in Konz. Inside there is a statue of St. Nicholas and the gravestone of Christoffel Robischon, an ancestor of the museum founder, Rolf Robischon. 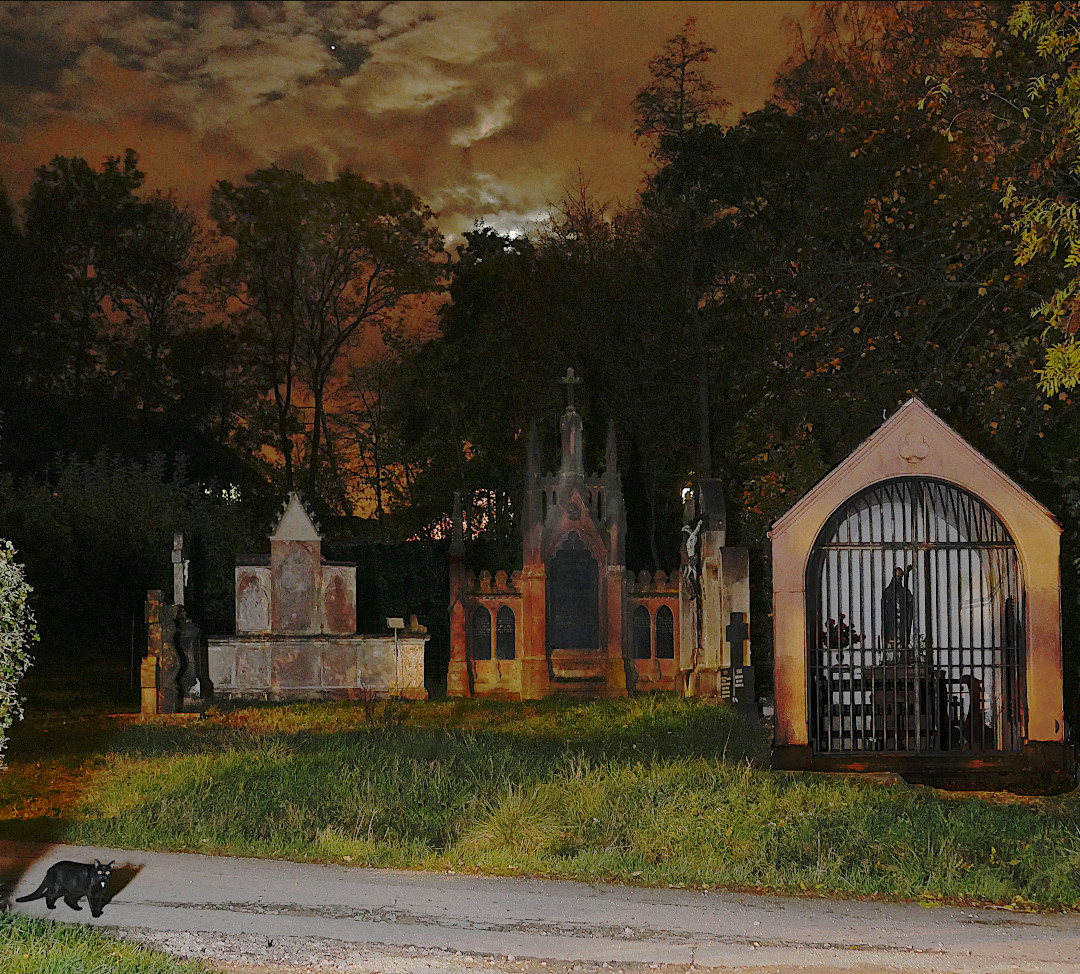 Next to the chapel, some gravestones from the old Konzer main cemetery have been standing since spring 2013. They had to make way for some Roman stones from the former Kaiservilla when they were uncovered in 2007. The gravesites are those of the families "Blasius", "Müller", "Pütz und Greif" and Wahlen. In addition, the gravestone of the Simon-Schulte family, to which the long-time tenant farmer Franz Josef Simon also belonged, was erected on the chapel wall after we were allowed to dismantle the stone at Trier's main cemetery after the family's kind advice.